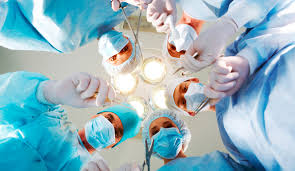 Cancer is the leading cause of death in Australia and can affect men and women at any stage of life. Early detection is crucial as a diagnosis can have life-changing outcomes. Being aware of the warning signs, such as lumps or spots on the skin, is one of the most basic steps you can take towards receiving effective treatment as early as possible.

There was a total of 13,697 elective or planned surgeries for malignant bowel, breast and lung cancer in public Australian hospitals during 2012-13vii,ix,x. Most surgeries for these types of cancer are deemed to be urgent or semi-urgent and are expected to be completed within 30 or 90 days respectively. Ninety-two percent of these surgeries were completed within 30 days during 2012-13 while 97 per cent of patients underwent their surgeries within 45 days.

Total number of surgeries for malignant bowel, breast and lung cancer and the percentage of patients who received their surgeries within 45 days in Australian public hospitals.

There were marginal changes in the wait times and number of surgeries for malignant bowel, breast and lung cancer surgeries between 2011-12 and 2012-13.

Changes in total surgery wait times for patients with malignant bowel, breast and lung cancer from 2011-12 and 2012-13.

In some cases, patients had to wait over 60 days to receive their surgeries, with three public hospitals taking up to 90 days for at least 90 per cent of their patients to undergo surgery.

Aside from non-melanoma skin cancer, bowel, breast and lung cancers are some of the most commonly diagnosed cancers in Australia. It is estimated that 128,000 new cases of cancer will have been diagnosed in Australia during 2014 and that number is expected to increase to 150,000 per year by 2020. In 2009, the average age for cancer diagnosis was 65.4 years old, with 1 in 2 men and 1 in 3 women expected to be diagnosed with some form of cancer by age 85. Over the last twenty years, the survival rate for many patients diagnosed with cancer has increased by 30 per cent.

Early diagnosis can greatly increase the chances of survival. Patients diagnosed with early stages of bowel cancer, for example, have a 90 per cent chance of surviving five years after the diagnosis. The advancements in treatments and early detection technologies have not only helped to increase survival rates, but have also increased the costs of cancer treatments. Private health cover can go a long way towards covering treatment costs.

While private health cover can help ease the financial burden of treating cancer, it won’t help with other expenses, including any financial burden on your family after death. It is important to be prepared in the event you or a family member is diagnosed with cancer or another type of terminal or debilitating illness. Everyday expenses, such as the cost of housing or raising children, keep increasing. The appropriate insurance can help ease some of the financial stress.

Critical Illness cover can help your loved ones meet ongoing financial costs, such as school fees and groceries in the event of a serious illness. Life insurance can help your family maintain their standard of living in the event of death and can help pay for other expenses. Total and Permanent Disability (TPD) cover, also known as Permanently Unable to Work cover can help maintain your standard of living if you are suddenly unable to work due to a disability. Visit Yes Insurance Solutions online for a quote.

Latest from the blog

We will get it right for you!

Our advisers pride themselves in keeping up to date with the various policies on offer. Much has changed in our industry over recent years and the policies available if set up correctly can... Read More

Don’t pay too much, talk to us first!
CONTACT US